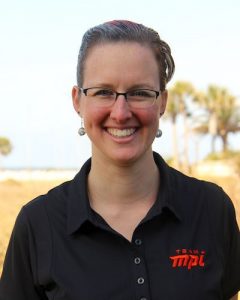 Like so many coaches out there, I’ve coached a fair share of athletes who subscribe to the “more is better” mindset.  Over my years in the endurance world, I’ve definitely learned to subscribe to the “more is not better; better is better” philosophy.  Why?  Because it’s absolutely true.  Focusing on the quality of training and recovery is far more important than simply logging additional volume.

In February 2017, I starting working for an athlete who was overtrained, burnt out, and constantly injured.  We met a few times before she hired me as her coach, and it became apparent to me that she had a TON going on in her life and that she was using endurance training as a way to combat the stress of her daily life.  However, her approach was to “pile on the miles,” and it resulted in her sustaining overuse injuries, missed goals, and tons of frustration.

My initial approach was simple in my eyes, though very difficult in hers: Scale back her training load in both volume and intensity and essentially “start from scratch.”  For an athlete who likes to “go, go, go,” this was a very hard process to buy into.  After five months or so, the athlete started to see the results from this method.  In the 2017 season, she placed in her age group at every race she raced.  She ended the season uninjured for the first time in years.  Feeling incredibly empowered by such a strong season, she decided to sign up for her first IRONMAN in 2018.

As we headed into the 2018 season, the athlete’s training volume started to increase to prepare her to meet her goal of finishing an IRONMAN.  She started getting sick often and for long periods of time.  Her workouts plateaued.  Based on the data she was uploading and the notes she was recording, I was sure that this had to do with her recovery management, but she wasn’t convinced.  After several months of illness and feeling like “blah,” I finally convinced her to make the investment and sign up for ithlete Pro.

Within six weeks of starting on ithlete Pro, we noticed some incredible trends.  The athlete’s HRV always dropped on Fridays and Sundays.  It was also dropping after sessions that were higher-stress for her, and we noted that it didn’t seem to matter whether the stress was caused by volume or intensity.  When she completed workouts on days that she was feeling sick, her HRV numbers stayed lower longer.  Upon seeing this body of data, it was impossible for her to deny that there was not a correlation between her recovery and her training sessions.  As a result, she was less resistant to the idea that we might need to make a few changes.

After observing these trends, I revised how I was writing her training plan.  We scaled back her volume, and added an extra rest day in per week.  I started scheduling her two rest days on Fridays and Sundays since those seemed to be the days when she felt the most stress.  Instead of having her run one, continuous long run each week, I started writing two-a-day long runs where she would run half of her long run in the morning and the other half of it more than five hours after the first run ended.

Within two weeks of these changes, we again saw some incredible trends.  Her HRV baseline was starting to rise for the first time ever.  She had far more “green” days than she had red or yellow.  (In fact, her red/yellow days were 50% less than before.)  Her data showed that she was getting faster and stronger in all disciplines.  From the subjective side of things, she was feeling stronger in her workouts and less stressed in her daily life.  She was able to better balance her athletic goals with her life as a single mom (with a very busy kid who does just about every activity under the sun), full-time employee, volunteer, friend, and family member.

ithlete Pro helped this athlete become more self-aware, and it made her realize that she needed to make some changes in her training if she wanted to feel better in her workouts and daily life on a weekly basis and if she wanted to see tangible gains in her performance.  I honestly do not think that she would have been on board with the changes I wanted to make to her training schedule if she had not had the data from ithlete Pro to verify what I was observing.

For athletes who subscribe to the “more is better” mindset, ithlete Pro is an invaluable tool.  For coaches who work for athletes who have this mentality, ithlete Pro is an even more valuable tool.  Having data right in front of your nose that supports observations from other tools such as training logs, GPS data, power data, and heart rate data helps validate those observations.  It also serves as a launching point from which coaches can explain their methodology for customizing training plans for the athletes who they are working for.  I know I am extremely grateful that I it as a tool for this particular athlete, as it has enabled me to be a better coach for her, and it has enabled her to more successfully train for her goals.  ithlete Pro definitely helps promote the “better is better” mindset, which is a much more advantageous and healthy mindset for athletes to have.

Laura Henry is a Syracuse, NY-based coach who coaches with Team MPI.  She is an IRONMAN Certified Coach, USA Triathlon Level I & Paratriathlon Certified Coach, USA Cycling Level 3 Certified Coach, VFS Certified Bike Fitter, and NASM Certified Personal Trainer.  Coach Laura is passionate about helping athletes of all ability levels reach their goals and has coached many athletes to success.  She can be reached at laura@teammpi.com.