Data collection with elite athletes – the challenges and recommendations 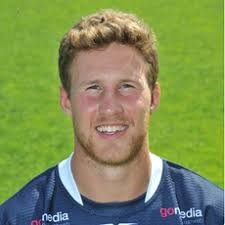 My name is Richard Beck and I am currently studying for a Masters in Strength & Conditioning from St Mary’s University, Twickenham. Over the coming months, I will be writing three blog posts for the ithlete website as I complete my dissertation. This is post number two of the series.

When friends told me that data collection was the hardest part of a dissertation, I didn’t believe them. However, trying to get 20 rugby players to collect HRV data as soon as they woke up every morning was definitely challenging.

Just as a quick reminder, HRV was collected using a chest-strap transmitter and ithlete™ smartphone application and receiver. The HRV measure took place immediately on waking while lying motionless on their bed and breathing naturally. After the subjects completed their HRV recording, they completed a brief questionnaire using the ithlete application. The questionnaire was made up of questions about the subject’s sleep quality, muscle soreness, mood, fatigue and stress.

Before the month of data collection began, I made sure to have a trial period of 5 days to get the subjects used to collecting the HRV data and sending it to me. I would recommend this for other researchers looking at doing a similar study. This allowed me to iron out some small issues such as the chest strap transmitter not connecting to the receiver straight away. Also, by having this trial period, it allowed the subjects to get into the habit of collecting the data first thing in the morning. If I had started data collection straight away, I would definitely have incomplete data as a result of people forgetting in the first few days. I still had to remind some subjects throughout the 30-day period but the majority were really good. Once you get rugby players into a habit, they will most likely stick to it. Using the alarm on the ithlete app helped the players remember first thing in the morning.  A lot of them became really interested in their results and wanted to know more about HRV and what it meant.

One of the main benefits of using the ithlete app was the ease with which the subjects could send over their data. Just by going to the ‘sync data’ section of the app, they could then email me their results straight after collection. This was particularly useful for me because it allowed me to collate the data on a daily basis rather than leaving it until the end of the month. A further benefit was the short time it took to take a HRV recording. Subjects didn’t mind taking a minute out of their day first thing in the morning, if it had been any longer I’m sure I would have had some complaints.

Unfortunately, as happens with most studies, there were a few drop outs through injury and players leaving the club. While this is incredibly frustrating, it is part and parcel of dealing with rugby players as subjects. Another recommendation to future researchers would be to try and recruit as many participants as possible at the start of the study. This might sound obvious but is particularly important in studies involving rugby players, as the chance of injury and withdrawal from the study is so high.

Finally, definitely recruit some helpers. As I was doing the rugby training myself, collecting RPE data from all 20 subjects was challenging. Two of the Strength and Conditioning interns at the club helped me with the RPE collection which was extremely useful. Without them I’m not sure I would have been able to collect accurate RPE data.

The next part is data analysis and I will report back in a few months with my findings.