In a previous blog post we summarised research on the effects of a substantial increase in training volume on performance, heart rate variability (HRV), resting metabolic rate and appetite in trained cyclists.

I had the opportunity to test the effects of overreaching on my own HRV and performance earlier this year during two training camps, both of which had a weekly TSS of 1100 – 1200, which is very similar to the deliberate overload in the study. So I agreed to write up my observations.

This was the 3rd year I have done this particular camp. The previous years are described here. This year’s trip was excellently documented by one of the other riders, with an extra section at the end describing my training.

A significant change for me this year was that I decided to perform the majority of the riding in zones 1 & 2. I have become an increasing convert to the polarised training approach, and felt the need to accumulate as much volume as possible at these lower intensities to boost my base aerobic capacity at this point in the season. As you can see from the pie chart of TrainingPeaks power zones, I did achieve this, with almost two thirds of my time spent at easy / talking pace, and very little above FTP.

The Timeline chart from ithlete Pro shows that as the week progressed, I started to become overreached. This was indicated by the Acute:Chronic training load metric turning red on day 4, and confirmed by the daily HRV amber / red dots showing my body’s stress response to this overload.

In spite of the high total TSS of 1250 for the 6 days, my HRV rebounded very quickly and my baseline was up by +2.3 just one week after my return home.

I also paid good attention to my diet and sleep through the week, as shown my the recovery metrics on the chart, and despite sore muscles really didn’t feel that bad by the end.

Oh – did I mention I beat my previous PR on the climb into the volcano crater on the last day by several minutes? Overall a very good week! 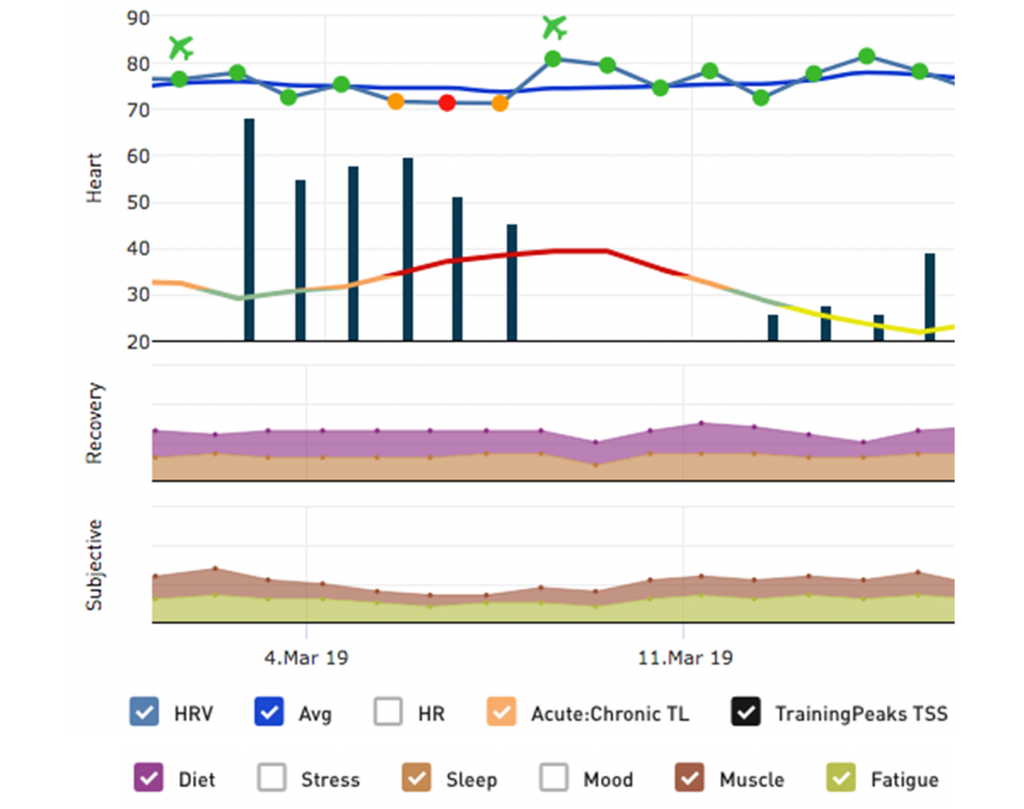 The second camp, just 3 weeks later was in Mallorca with two good friends, both of whom are very capable athletes.  Because I wanted to ride with them, I had much less flexibility on pace and intensity than I had done in Tenerife, where I was content to ride the climbs on my own and regroup at the top.

The pie chart below reflects this, with less than half the time spent in zones 1 and 2, and more than I would have liked in the middle ‘sweet spot’ zones.

Although the total TSS, at 1079 was about 150 less than in Tenerife, the effect on my body was dramatically different. 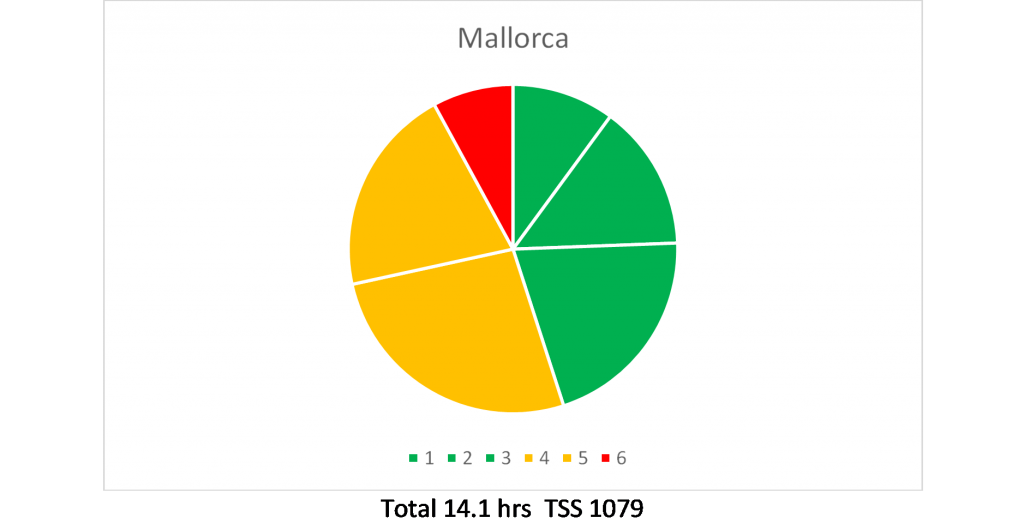 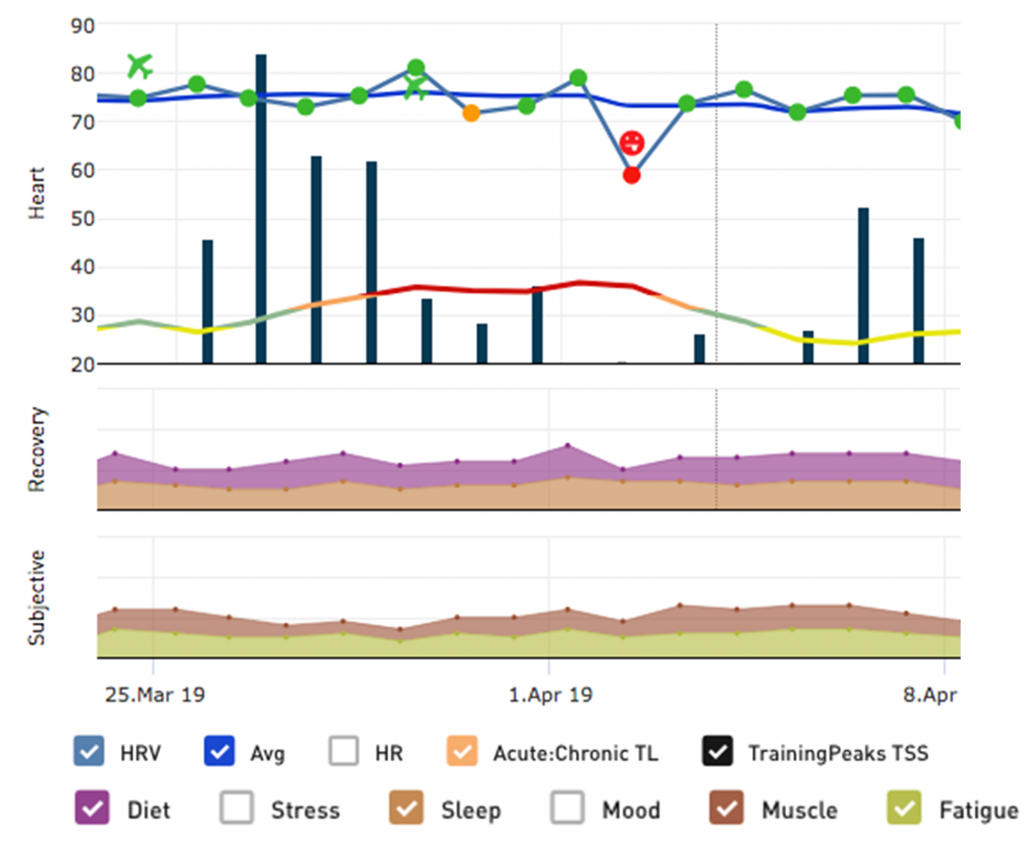 My HRV baseline declined -2.2 from the day of departure to 1 week after my return home, and only a few days after returning I became sick with a mild fever (red HRV), and had to take several days off training. I was also less attentive to diet and sleep during this trip, prioritising fun evenings over recovery (ahem!).

In conclusion, there was a clear lesson for me here – early season training camps are about accumulating volume, and the way to do that is to restrict the intensity quite strictly below first lactate / aerobic threshold, even if it means training on your own. The benefits were clear on my HRV as well as how I felt, and how I remained healthy after returning home.

It would be great to hear from others who have had similar (or contrasting) experiences with their training camps.